Man Sentenced To 10 Years In Prison In DUI Death 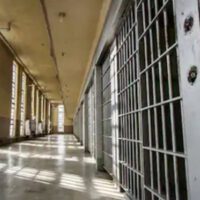 Motorists know better than to drink and drive, but unfortunately many still do. This decision has cost countless lives—even the lives of innocent children—and changed the lives of many families forever.

A Florida man was arrested in 2019 after killing a 9-year-old girl in a car accident. The 42-year-old man was driving drunk when he crashed into a vehicle at the intersection of  Montgomery Road and Jamestown Boulevard in Altamonte Springs. The man recently took a plea deal and was sentenced to 10 years in prison for DUI manslaughter.

On March 29, 2019, the man was driving a Porsche at 80 miles per hour, crashing into a family of four in an Acura. The speed limit was half that, at 40 miles per hour. A passenger in the Porsche said that the driver wanted to show off the new vehicle.

The impact was so great that the Acura split in half. The two rear passengers, a 9-year-old girl and a 12-year-old boy, were ejected from the Acura.

The girl was not wearing a seat belt. She was thrown 176 feet and died at the accident scene. The boy survived being thrown 44 feet. He was taken to a local hospital for treatment.

The driver of the Porsche was under the influence of alcohol at the time of the crash. Hours after the crash, he had a blood alcohol level of 0.123.

On July 8, there was a plea hearing for the man at the Seminole County courthouse. The family of the victim, including the girls’ mother, brother, and aunt, talked about how much they missed the young girl, who had a fun personality and loved to dance. They also discussed how the driver’s negligence turned a family outing into a nightmare.

The victim’s family asked the judge for 25 years in prison—the maximum sentence. However, the family agreed to the man’s plea deal, which is 10 years in prison, followed by two years of house arrest  as well as 13 years of supervised probation. He can no longer drive, as his license has been permanently revoked. The man had no prior criminal history.

The man, however, is remorseful and apologized to the family for his actions. He wished the accident had never happened and wished he could go back in time to prevent it. The family of the girl feel that justice has been served, but punishing the driver won’t bring back their beloved family member.

While alcohol is legal if you’re over the age of 21, consuming it before driving is not legal. Alcohol requires a high level of responsibility. It can impact your judgment and reaction time, leading to crashes, injuries, and even fatalities.

The Florida DUI defense attorneys at Meldon Law can help you with your DUI case, but you need to act quickly. Let us provide you with a solid defense. We have three offices to serve you: Gainesville, Ocala, and Fort Lauderdale. To schedule a free consultation, call (800) 373-3000 or fill out the online form.

By Meldon Law | Posted on September 30, 2021
« WWE Star Arrested For DUI For The Second Time In 2 Years
Preventing Slips And Falls »