How Long is a License Suspended for DUI? 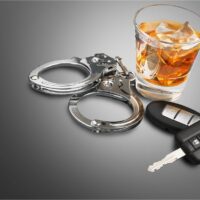 A common question for Florida drivers who have been charged with driving under the influence (DUI) is, “If I’m convicted, how long will my license be suspended?” The short and honest answer to that question is, “It depends.”

Under Florida’s DUI laws, convicted offenders are subject to tiered sentencing. This means that each case is unique, and penalties depend on a number of factors, including whether it is a first offense, what the driver’s blood alcohol content (BAC) level was at the time of arrest, and whether there was any bodily injury.

Each of those issues can impact the length of a driver’s license suspension according to information provided by the Florida Department of Highway Safety and Motor Vehicles.

For DUI offenders convicted for the first time, how long they will lose their license is largely dependent on whether bodily injury to another person occurred because of their DUI:

First-time offenders are also subject to fines of between $500 and $1,000, with a maximum fine of $2,000 if they had a BAC level of 0.15 or higher, or there was a minor in the vehicle. Additionally, offenders who had a BAC level of 0.15 or under may be imprisoned for six months while those whose BAC level was above 0.15, or who had a minor in the vehicle, face imprisonment for nine months. Conviction for a first DUI may also result in the offender’s vehicle being impounded or immobilized for 10 days, unless their family will have no other means of transportation.

The Second Time Around

A second DUI offense, especially when it occurs within five years of the first one, means more severe potential penalties. These include an increase to the time a license may be suspended, larger fees and longer jail sentences:

The Third or Fourth Offense

Multiple DUI offenses may result in a long-term or even permanent revocation of the offender’s driver’s license. Suspension guidelines for multiple offenses include:

Third or fourth convictions carry a term of imprisonment between 30 days and five years, depending on the length of time between convictions, the BAC level, whether a minor was in the vehicle, and whether anyone was injured. Fines for the third or fourth DUI offense range from $2,000 to $5,000. Multiple DUI offenses can result in impoundment of the offender’s vehicle for 90 days.

If the offender caused serious injuries or fatalities, their license will be suspended for at least three years. If the offender is convicted of DUI manslaughter, they will be subject to mandatory permanent revocation of their driver’s license. Causing death or serious injury in a DUI accident is a felony charge, and conviction carries significant fines and imprisonment of up to 30 years, depending on the circumstances of the case.

Getting a Hardship Reinstatement

If you have been charged with DUI, speak to an experienced DUI defense attorney as soon as possible. Regardless of the circumstances of your case, you deserve an attorney who will fight to protect your rights and your future. Contact Meldon Law at 800-373-8000 or online to schedule a free consultation and learn if we may be able to help you. We’re available 24 hours a day, 7 days a week.

By Meldon Law | Posted on April 26, 2019
« The Difference Between Collision and Comprehensive Insurance
Motion To Consolidate »