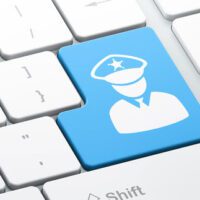 Drivers are pulled over for DUI offenses on a daily basis, and while this is concerning, it’s even more so when a police officer is the one accused of a DUI. Even more shocking is when the police officer is not only at the legal limit, but four times above it.

Central Florida police officers recently had to arrest one of their own. The 25-year-old police officer was pulled over after law enforcement officials received reports of an erratic driver. Eustis police officers questioned the man and noticed signs of intoxication, such as disorientation and slurred speech.

The man was in full police uniform at the time. Police officers also smelled alcohol inside the man’s patrol car and found an open can of beer inside. The man was placed on a stretcher as he told police officers that he took three pills earlier to treat a medical condition.

The police officer denied being intoxicated. He refused to take a field sobriety test. He was arrested and taken to a detention center. He took a Breathalyzer test and his blood alcohol content (BAC) was determined to be four times the legal limit.

The police officer has been suspended without pay as the department investigates. He has been with the Apopka Police Department for five years.

Why Do People Drink and Drive?

While most people vow to never drink and drive, the truth is that many do anyway. They may understand the risks involved, but when someone is under the influence of alcohol, their judgment is impacted. Their mind is altered. Their thought process has been affected, so they don’t make good decisions.

Plus, many people underestimate how intoxicated they really are, like the police officer in this case. He did not feel like he was drunk, but the Breathalyzer proved otherwise, with the man’s BAC at more than 0.30.

People also may get behind the wheel because they are embarrassed. Nobody wants to admit that they are too drunk to drive. They don’t want to have to call a friend or family member to come rescue them. However, the alternative is to possibly get in an accident or get arrested for a DUI. You could also injure or kill someone. You could lose your license and have to pay hefty fines. Your life will be affected for many years or even forever. Is it worth it?

Drunk driving is a crime for everyone, including police officers. They are not above the law and should abide by the same laws as everyone else. In fact, they are often held to a higher standard.

Because of this, police officers accused of drinking and driving need a solid defense. See how the Florida DUI defense attorneys from Meldon Law can help you with your case. Schedule a consultation today by filling out the online form or calling (800) 373-8000. We have three offices to serve you: Gainesville, Ocala, and Fort Lauderdale.

By Meldon Law | Posted on August 30, 2022
« How Long Will It Take For My Personal Injury Case To End?
1 Killed, 1 Injured After Stolen Car Crashes »