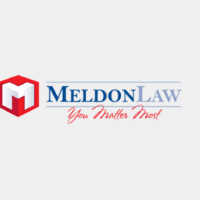 While victims of dog bite attacks in Florida can take advantage of the state’s strict liability statute, recovery is not guaranteed. Some dog owners may try to fight victims’ attempts to obtain recovery. Victims rely on compensation after a dog bite attack as they face mounting medical bills, pain and suffering, and other losses. With so much at stake, it is vital that you have an experienced dog bite attorney on your side who can argue against any of the defenses that a dog owner may assert.

What Are Some Examples of Defenses That Might Be Used by Dog Owners?

To learn more, contact an experienced dog bite attorney today We offer a free consultations to discuss your case. Call our Gainesville, FL office at 800-373-8000.

By Meldon Law | Posted on February 19, 2013
« Landlords May Be Liable for Florida Dog Bites Occurring Off Premises
When Defendants Avoid Liability | Slip and Fall Defenses in Florida »