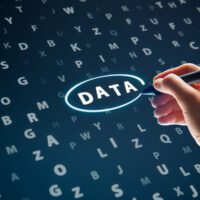 Even though the numbers have decreased a small amount from 2016, hundreds of thousands of people still suffer injuries each year in traffic accidents, which makes this a major public health issue. In 2011, there were only 229,249 crashes in Florida and it’s important to consider what caused an additional 170,000 accidents only six years later.

An Increase In Distracted Driving

While smartphones did exist in 2011, they were still on the rise and were not nearly as ubiquitous as they are today. In fact, only two cellular providers worked with the iPhone in 2011 and smartphones did not have all of the apps and capabilities that they do now. These days, almost everyone has a smartphone, which makes it that much easier to become distracted while driving.

One Florida Highway Patrol officer claimed that drivers on their phones make the same mistakes as drunk drivers often do, including weaving in and out of lanes, randomly slowing down and then speeding up, and having to stop short if they are not paying attention to the traffic in front of them. The rise of smartphones may be one explanation for the dramatic increase in auto accidents in Florida over the past several years.

What Fort Lauderdale Drivers Should Know For 2018

As of now, police cannot pull over a driver for texting unless they are violating another traffic law, as texting is currently considered to be a “secondary offense” in Florida. However, lawmakers in Florida are considering a bill right now that would make texting and driving a primary offense. Every driver in the Ft. Lauderdale area should be aware of changes in the law and should also know the signs that a driver is distracted. If you see a driver swerving, slamming on their brakes, or engaging in other dangerous activities, they may be distracted and may be a huge accident risk.

At Meldon Law, we see all too frequently how a car accident can change your life. We help our clients hold dangerous drivers in the Fort Lauderdale area accountable – and this includes distracted drivers. We want everyone to stay safe in 2018 but if you are injured, please do not hesitate to call our auto accident attorneys at 800-373-8000 or contact us online today.

By Meldon Law | Posted on March 30, 2018
« Bitcoin, Explained
Questions You Should Ask The Law Firm You Are Considering Hiring »