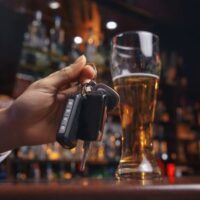 State attorneys represent the state in court, so you would think that they would be well-versed in the law. Even if this is true, people sometimes display poor judgment. This was recently the case for an assistant state attorney in Florida, who was arrested for DUI.

The 35-year-old woman was arrested on the morning of December 29 after getting into a DUI crash that caused property damage. The accident occurred on Hands Cove Lane when the woman drove an Audi and crashed through two fences. The vehicle finally stopped in the backyard of a home. Police arrived at the accident scene and investigated. They smelled alcohol on the woman and arrested her for DUI. She was booked into the Okaloosa County Jail later that morning.

Anyone who drinks and drives can get a DUI. Many celebrities and public figures have been arrested for DUI over the years, including actors, singers, athletes, and even politicians and attorneys. It can be shocking when these people are in the news for DUI arrests because they often have many fans who look up to them. We expect public figures to act ethically and obey the law. Many times, they do, but the truth is that they are human just like the rest of us. We might hold them to a higher standard, but they still do make mistakes and these mistakes may be lapses in judgment that have legal repercussions.

Florida and all other states criminalize driving with a blood alcohol concentration (BAC) of 0.08 or above. While a DUI is a misdemeanor, it comes with various penalties, including fines, license loss, community service, treatment programs, and even jail time. Penalties will depend on whether or not the person had any prior DUIs as well as the extent of the DUI charge. For example, was there an accident involved? Was there property damage? Did someone get seriously injured or killed?

If you have been accused of drinking and driving, you need a solid defense. A DUI is a crime that can follow you for many years. A good lawyer can do the following to defend you:

Any motorist can get arrested and charged with a DUI. Public figures are not immune, and state attorneys should especially know better.

Avoid DUI charges if you can—they are not something to be treated lightly. Get started by contacting the Florida DUI defense lawyers at Meldon Law today. We can defend you against the charges you face. To schedule a consultation, call (800) 373-8000 or fill out the online form. We have three offices to serve you: Gainesville, Ocala, and Fort Lauderdale.

By Meldon Law | Posted on April 6, 2022
« Man Admits To DUI Crash In Starke
When You Need Legal Support and a Personal Touch, Call Meldon Law »