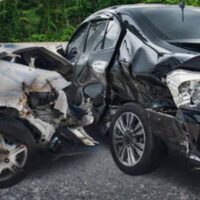 There are many ways in which vehicles can crash. A head-on accident is the most catastrophic and deadly.

Sadly, a recent head-on crash in Osceola County took the lives of two people. The fatal crash happened on the morning of June 15 at State Road 60 and Peavine Road.

A 63-year-old man was driving a sedan west on SR-60, near Peavine Road. At the same time, a 36-year-old from Groveland was driving a pickup truck and traveling east on that same road. The driver of the sedan tried to pass a semi truck in front of him. He entered the eastbound lane of SR-60 and hit the pickup truck head-on.

A person is liable for a head-on accident if they were negligent. Negligence refers to carelessness or recklessness. Some forms of negligence that can lead to a head-on crash include speeding, distracted driving, drunk driving, drowsy driving, swerving to avoid an animal, driving in the wrong direction or driving on the wrong side of the road, unsafe passing, and making an illegal U-turn.

Besides negligence, there are a couple other elements that apply in head-on crashes, including:

Head-on crashes are often deadly, with many causes by unsafe passing on two-lane roads. Drivers need to pass with care, which can be difficult on certain roads.

Involved in a head-on crash? Seek legal help from the Florida head-on collision attorneys at Meldon Law. We’ll help you deal with the aftermath of a catastrophic crash. Schedule a free consultation by filling out the online form or calling (800) 373-8000. We have three offices to serve you: Gainesville, Ocala, and Fort Lauderdale.

By Meldon Law | Posted on July 26, 2022
« Motorcyclist Killed In Ocala Crash
What Should I Do If An Insurance Adjuster Calls? »

More on Head On Collisions