1 Killed In Crash In Dania Beach 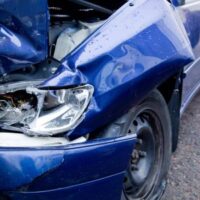 Car crashes are common on Florida’s roadways. After all, there are more than 7.6 million private and commercial vehicles registered in the state, so you need to be prepared for the possibility of a serious car accident, especially during afternoon rush hour.

A car recently went off the road in Dania Beach, near Fort Lauderdale, killing the driver.

The fatal accident occurred on the afternoon of August 17 on Interstate 95 near Griffin Road.

A man from Apopka was driving a Toyota Matrix on southbound Interstate 95 when the vehicle suddenly veered off the road. It went onto the shoulder and through a construction zone. The Toyota went off a steel support column and the undercarriage of the car hit a rock pile.

The driver died at the accident scene. The accident happened near Fort Lauderdale-Hollywood International Airport. That area of southbound Interstate 95 was shut down for several hours. It was a single-vehicle crash with no other vehicles or injuries involved.

Why Do Cars Go Off the Road?

Car accidents can happen in a number of ways. Veering off the road can lead to collisions, rollovers, and more.

The Florida car accident attorneys at Meldon Law can guide you through the legal process. We’ll assess your case and determine liability. To schedule a free consultation, fill out the online form or call (800) 373-8000. We have four offices to serve you: Gainesville, Ocala, Fort Lauderdale, and Lake City.