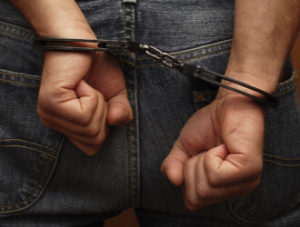 When most people think of a driving under the influence (DUI) arrest or conviction, they associate it with drinking and driving. Alcohol-related DUI arrests occur far more frequently than other types, but drug use can also result in a DUI arrest and conviction. With the social stigma surrounding marijuana slowly disappearing due to its continued legalization across the United States, Florida has taken special measures to monitor those who smoke and drive with the state’s Drive Baked, Get Busted campaign.

If you were arrested for DUI after smoking marijuana or using any other drugs, including prescription medication, you may face harsh penalties under Florida law. Whether you are still in custody, have been released, or are looking for a qualified attorney to help a family member, contact the experienced legal team at Meldon Law as soon as possible. Our skilled Miami-Dade drug DUI attorneys fight hard to protect criminal defendants’ rights. Call us at 800-373-8000 to schedule a free consultation with our team.

Whereas alcohol-related DUIs have specific thresholds for impairment that take some of the guesswork out of a law enforcement officer’s decision to issue a DUI citation, law enforcement officers have no standard threshold for drugs if they test breath, blood, urine, or saliva. This makes for a broad definition of DUIs involving drugs (“drug DUI”) in Florida, and in other states as well. Whether an officer arrests and charges someone for a drug DUI hinges on the officer’s observations of the driver and the results of any field sobriety tests.

Which Drugs Might Result in a Drugged Driving Arrest in Florida?

Florida law also provides multiple lists of controlled substances that might result in a drugged driving charge. Florida divides drugs into five schedules. Schedule I substances, like heroin, are highly addictive and have no recognized medical use in the United States; Schedule V substances, like codeine, are very addictive but have broad medical applications. Some of the most common drugs involved in drug DUI cases are:

Penalties for a Drug DUI Conviction in South Florida

Without a threshold of impairment for a drug DUI arrest or conviction, Florida courts tend to rely on the circumstances of the arrest and the defendant’s previous criminal history, especially any previous DUI convictions. The following include general guidelines for potential penalties after a drugged driving conviction:

Other situations increase potential penalties. If drugged driving resulted in property damage, personal injury, or fatality, the offender can expect increased penalties. Under Florida law, having a minor in the car while driving under the influence of a controlled substance also gives the court the ability to impose a harsher sentence.

The circumstances around your arrest provide potential defense strategies for your case. Some common strategies include:

Individuals convicted of a drug DUI will likely face both personal and professional struggles. In addition to the financial hardship that comes with court fines and legal fees, convicted individuals may lose their jobs, their kids, and their good reputations. A skilled DUI defense attorney can often mitigate these losses by fighting to have your charges reduced, case dismissed, or penalties decreased.

If you are charged with a drug DUI in South Florida, let one of our qualified defense attorneys assist you. Call Meldon Law at 800-373-8000, or contact us online, for a free case evaluation today.