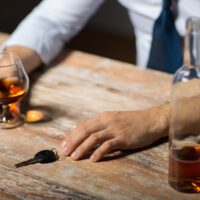 Another example would be an officer pulls a person over for speeding, for failing to maintain a single lane, or for an expired tag (if the tag is expired less than six months it is a civil citation, if more than six months and it is a person’s second violation, it is a second degree misdemeanor), the officer ultimately ends up making an arrest for DUI—but also cites the person for either traffic infraction.

You Will Need Help Fighting the Charges

These citations don’t just go away, whether it is a moving violation (i.e. careless driving, improper passing, violation of right-away) or a non-moving violation (i.e. open container, or no proof of insurance) they still have real consequences such as points on your license or could result convictions that will show up on your driver’s license record.

While you have the option to just go pay the ticket and while that may be the easiest way to resolve the issue, it may not the best option. Also, know if you were in a crash and cited for careless driving, there may be the potential that a civil lawsuit could arise, and you want to be careful in how you resolve the civil citation as well as the DUI charge to try avoid those being used against you as admission of liability.

If you are charged with driving under the influence as a misdemeanor offense your case will be under the jurisdiction of the county court, civil traffic infractions are also within the jurisdiction confines of the county court as well. This means that your attorney can file a motion to have the civil infractions consolidated or brought into the criminal case. If the civil infraction is consolidated into the criminal case then you won’t have to pay them to avoid a potential license suspension for failure to pay a civil citation, as long as the criminal case is pending.

Once the criminal case is ready to be resolved for instance pursuant to a plea agreement, the attorney can ask for the court dismiss the violations since they were consolidated into the criminal case. If the judge grants the request the infractions are dismissed, meaning you won’t have to pay the fine, you won’t be adjudicated guilty of the infractions and if it is a moving violation you won’t receive the points on your license.

Unfortunately, if you have been charged with a felony you are not able to consolidate a civil infraction into your case, a felony charge is under the jurisdiction of circuit court and while a circuit has the authority over many different legal matters, civil traffic infractions are not one of them. In this situation however, your attorney may be able to file a notice or appearance in the civil traffic case and request a hearing.

At that hearing the officer may agree to a dismissal, or the court may allow a withholding of adjudication—which means you could avoid the points associated with certain offenses and avoid the conviction.

The Meldon Law firm has the experience and knowledge to help you regardless of which type of DUI charge you may have pending or what type of civil infractions may have been tacked on. Call us at 800-373-8000 for a free consultation.

By Meldon Law | Posted on May 17, 2019
« How Long is a License Suspended for DUI?
Traffic Offenses: No Valid Driver’s License »