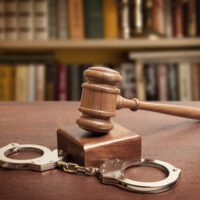 Pre-Trial Intervention (PTI) and deferred prosecution (DP) are both programs that most State Attorney’s Offices have that allow a person to have their case dropped if they successfully complete the terms of the agreement. Each State Attorney’s Office operates differently, while some offer Deferred Prosecution agreements for a misdemeanor offense and Pre-Trial Intervention agreements for Felonies, other offices may offer Deferred Prosecution Agreements for some Misdemeanor offenses and Pre-Trial Intervention Programs for other Misdemeanor offenses (i.e. Battery) and while also offer Pre-Trial Intervention for Felonies. One of the big differences between PTI and DP is that PTI involves an element of supervision much like probation does with a PTI officer, while in a DP agreement generally a person is unsupervised and is expected to complete the agreement on their own. Typically for a misdemeanor PTI a person may be placed on a six (6) or twelve (12) month term of supervision, while for a felony case a person could be placed on PTI for twelve (12), eighteen (18), twenty-four (24) months or even longer. During this period a person much like probation will have certain conditions to complete, like paying the cost of supervision, performing community service, completing classes or courses may be included as well depending on the charge, paying restitution. If the person completes all of his or her conditions then the charge or charges are dropped, however, if a person is unsuccessful then the case is re-opened, and prosecution is recommenced. When a person accepts a PTI agreement of a DP agreement the case becomes closed and is removed from the court’s docket, this allows the person time to complete the conditions outlined in the agreement, if a person completes it the State files no information or a nolle prose and the case is closed for good. If unsuccessful, the case is opened back up and the person is not in a position where that they will need to enter a plea or go to trial. However, in some counties, a person is required to enter a plea to accept a PTI agreement just like they would if they were accepting a negotiated plea bargain. In this situation, if a person is successful the case is dropped/dismissed but if they aren’t then the case moves to a sentencing hearing which essentially is like an open plea, meaning there is no agreement between the Defense and State, leaving the decision of the sentence solely to the Judge. On the other hand, a DP agreement is like a contract that both parties sign (Defense and State) then is filed into the court file, which closes the case temporarily while the person is working on completing the required conditions. Most DP agreements are between three (3) to six (6) months but could be longer. Most DP agreements call for a person to pay monetary obligations, perform community service and reframe any new criminal arrest. Just like PTI a successful completion will result in the case being dropped, however, if a person is not successful then the case is re-opened, and prosecution is again commenced. Each of these programs offers a great opportunity for a person to get a second chance and walk away from a mistake without a criminal conviction, it also leaves open the possibility that the person may be eligible to have that case expunged from their record. However, these programs have certain qualifications and criteria that a person must meet to be accepted into the program. Also, not every criminal charge is eligible for a PTI or DP agreement. That is why it is important to hire an attorney who is familiar with how the State Attorney’s Office in the county you were arrested or charged in operates their programs. Equally important is to hire an attorney that can walk you through each condition of the agreement and whose office will assist you every step of the way to help ensure your successful completion. Meldon Law is that firm! If you have been arrested for it is important to know your options, your rights, and the potential defenses you may have in your specific case, at Meldon Law we have the knowledge and experience to assist you in every aspect of your case. The attorneys at Meldon Law, know the rights you have and are dedicated to defending them and defending you if you have been charged with a crime call us at 352-373-8000 for a free consultation.