In Florida, the police may charge you with DUI, even if you were not actually driving at the time of the incident. If you are intoxicated and behind the wheel of a vehicle, you are “in actual physical control” of the vehicle under the law, even if the keys are not in the ignition. Florida law defines DUI as being under the influence of alcohol, controlled substances, or chemical substances if your blood or breath alcohol level is 0.08 percent or higher, or if your actions show that you are under the influence.

If you are facing DUI charges, or if a drunk driver injured you or killed one of your loved ones in a car accident, your best resource for more information is contacting a Criminal Defense attorney.

Florida law outlines the penalties for driving under the influence. The police may charge the defendant with a misdemeanor or felony, depending on the defendant’s prior DUI record.

Third convictions have different penalties, depending on how recently an individual’s first and second convictions occurred.

Within 10 Years of Last Conviction

If someone receives a third DUI conviction within 10 years from a prior conviction, the prosecutor will charge him or her with a felony. A third conviction will result in a court order of a minimum two-year period of using an ignition interlock system.

Additionally, the charge is a third-degree felony, punishable by up to five years in prison and a fine of up to $5,000.

If someone receives a third DUI conviction more than 10 years after his or her most recent conviction, he or she will receive a fine of up to $5,000 and imprisonment for up to 12 months. The defendant must also pay for and use the ignition interlock device for at least two years.

If the court convicts the defendant of a fourth DUI in his or her lifetime, the court charges the defendant with a third-degree felony. The fine is at least $2,000 but not more than $5,000. The defendant must also pay for and use the ignition interlock device for at least six months and faces up to a five-year prison sentence.

DUI Penalties and Damage to Property or Person

If a defendant knew that he or she was under the influence and could potentially cause a wreck, the court could charge the defendant with a first-degree felony. If the court convicts the defendant of DUI manslaughter, the minimum prison time is four years. Even though the penalties for driving under the influence are severe, people still drive after they’ve been drinking or doing drugs.

A court may also convict the defendant of driving under the influence if he or she was driving erratically after taking prescription medications that impaired his or her actions.

According to the Florida Department of Highway Safety and Motor Vehicles, in 2017 there were 43,899 DUI charges issued, and of those, 28,686 defendants were found guilty. An experienced attorney can help you avoid the fate of those 28,686.

Because the defendant knew or should have known that drinking and driving could cause an accident that would result in injuries or death, you have a better chance of getting punitive damages, which are awarded over and above past and future medical bills, past and future lost wages, pain and suffering, and other damages.

Contact an Attorney if You Have Questions About Your Case 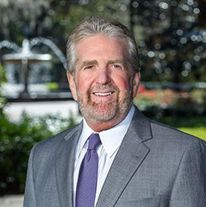 If you suffered injuries in a drunk driving accident or you lost a loved one in a crash with a drunk driver, do not give your insurance company any information about the accident other than the location of the wreck—not until you seek legal advice. Seek medical attention immediately, even if you do not feel as though you were hurt. Some injuries may take a day or two to manifest.

If you’re facing DUI charges, you need to protect your rights. Contacting a DUI attorney as soon as possible will help you do just that.

By Meldon Law | Posted on October 30, 2019
« How Much Does a DUI Attorney Cost?
Ocala Driver Pleas to Reduced Charge »