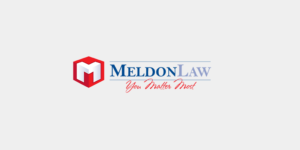 Attorney Jeffrey Meldon took part in the ALS Ice Bucket Challenge, a phenomenon that’s spreading ALS Awareness across the country. Initially Jeffrey was challenged by 5yr old Mayor Goldman of Gainesville, FL. Jeffrey accepted the challenge along with making a donation to support the efforts of the ALS Association.

ALS was first found in 1869 by French neurologist Jean-Martin Charcot, but it wasn’t until 1939 that Lou Gehrig brought national and international attention to the disease. Ending the career of one of the most beloved baseball players of all time, the disease is still most closely associated with his name.

To date, the campaign has raised over $53 Million nationwide and the amount continues to grow! We at Meldon Law encourage you to do your part in supporting the cause. For more information about the ALS Association or to make a donation, please visit www. alsa.org.