Multi-Car Accidents: More Than a Mess On The Road 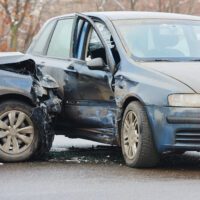 One of the most stressful moments while driving is when the driver in front of you slams on their brakes without warning. You instinctively slam on your brakes to avoid hitting them and when you finally come to a stop you check your rear view mirror and hope that the person behind you was paying attention. Unfortunately, the person behind you, or maybe even the person behind them, or maybe even the person 20 cars back might not have been paying attention and slams into the car in front of them, causing a chain reaction that leads to your car getting hit and you hitting the car in front of you. So what happens now? Who is a fault for this accident that involves so many cars slamming into one another?

In Florida, like in many states, there is a presumption that the driver of the vehicle that rear-ends another vehicle is at fault. In a multi-car situation, this would mean that whatever car sets off the chain would be at fault. If this were the only factor to consider, the law would be nice and simple, but probably not very fair.

It takes little imagination to create a scenario where the car that did the rear-ending shouldn’t be at fault, or at least shouldn’t be fully at fault. For example, if a car swerves in front of you and then slams on its brakes for absolutely no reason, it would hardly seem fair that you should be on the hook for damage to their car.

Thankfully, Florida is a comparative negligence state. This means that in any accident, fault, and therefore financial liability, may be apportioned by each person’s contribution to the accident. In the example just given, you could argue that there was no way you could have prevented that accident and it was 100% the other driver’s fault that you rear-ended them. If it turns out that maybe you were on your phone and could have possibly stopped a little sooner and caused less damage, then it’s possible that the fault could be apportioned between you and the other driver.

In a multi-car accident scenario, comparative negligence creates a breeding ground for chaos where the police, insurance adjusters, and attorneys will all be attempting to decipher who was doing what leading up to the accident and how fault should be attributed amongst all the drivers present.

By Meldon Law | Posted on August 29, 2016
« Golf Cart Accidents in Gainesville Florida
4 Facts Every Driver Should Know About DUI »
Skip footer and go back to main navigation