As a defendant, navigating the criminal justice system can be a daunting task, with multiple court dates, referred to by many different names, all accomplishing different goals. The following are frequently asked questions about court dates to help walk you through the process of your court case. What Is First Appearance? The first appearance… Read More »

Can I Refuse Law Enforcement Searches?

Most people have had limited interaction with law enforcement. When encountering a situation in which they are the suspect or are suspected of being involved in a crime, they are inexperienced in navigating the situation. This inexperience sometimes leads to a desire to comply and being overly cooperative, to the suspect’s detriment. For this… Read More »

Know Your Options When You Can’t Afford Bond

In most cases, when a person is arrested, they receive a bond for their alleged offense(s). Some counties have a set bond schedule that lists amounts for various criminal offenses, although a judge has the discretion to impose a bond/bail* higher or lower than the scheduled amount. In counties that do not have a… Read More »

Lawn Mower or ATV DUIs – Are They Possible?

In rural communities, it’s common to see tractors, four-wheelers, or even dirt bikes driven on the roads. Occasionally, you may even see someone driving a lawnmower a short distance, such as to the gas station. With all of the other modes of transportation in use on the highways, does that mean someone could avoid… Read More » What is a DUI Investigation?

Reasons for a Florida DUI Investigation In a typical traffic crash the drivers of each vehicle exchange information, EMS may be called and Law Enforcement arrives to make a report. However, some traffic crashes lead to DUI investigations and arrests. In this situation it is important to be aware of the process that generally… Read More » 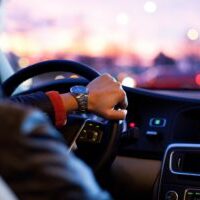 DUI Felony Charge in Florida Like some other offense Driving Under the Influence (DUI) is a crime that can be enhanced. Meaning that certain facts within an individual DUI case may make the charge more severe. For example, a first offense DUI is typically punishable by up to 180 days in the county jail… Read More » When Should You File Formal Charges?

We know when a person is arrested, they have a first appearance where a monetary bond typically is set. But what happens if that person can’t post that bond? How long can the State hold a person before they file formal charges? When a State files formal charges they do so with a document… Read More » What is a Downward Departure?

When a person is charged with a felony offense in the State of Florida, that offense carries with it a number of points. These points are placed on a scoresheet, which takes into account the current charge or charges, prior history, victim injury points, whether a person was on probation if the defendant was… Read More » Emergency Transportation Accidents According to reports, about 3.6 million adults miss or delay medical care due to issues with transportation. Not being able to safely get to and from medical appointments is a critical barrier for many elderly and disabled individuals. To combat this, businesses and insurers began to offer non-emergency medical transportation services…. Read More » How Can I get My Record Sealed?

When a person is arrested for an offense a record is created, even if that charge is ultimately dropped or dismissed by the prosecutor. Just because the charges are dropped or the person was acquitted at trial does not mean that the case or arrest disappears. However, there is an option that a person… Read More »