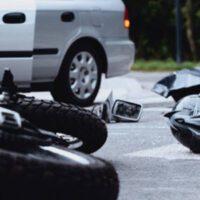 There are many vehicles out on the roadways. Cars, trucks, and motorcycles can all be found on Florida streets. When everyone follows the rules and drives safely, it’s all good. When someone fails to follow traffic laws, it can lead to serious accidents.

A car and motorcycle recently collided in Gainesville. The accident happened on September 21 on SW 13th Street.

After the two vehicles collided, the driver of the car was trapped inside the vehicle. Emergency crews had to use the Jaws of Life to rescue the driver. Both the rider and driver were injured and were taken to a local hospital with unknown injuries.

The cause of the crash is unknown. No other details about the accident were released.

What is the Jaws of Life?

We often hear about the Jaws of Life being used to rescue trapped drivers, but what exactly is it? The Jaws of Life refers to a series of hydraulic rescue tools that are often used by firefighters to rescue those involved in emergency situations, particularly car crashes. These heavy-duty tools help remove those who are trapped. They may consist of cutters, spreaders, and rams that are used to pull apart vehicles. There are also combination tools that may be used to remove occupants from vehicles.

The Jaws of Life can cut through cars and rip open doors and other materials that are trapping occupants inside their vehicles. It can widen openings and allow for safe exit. This tool is often used in serious accidents where the frame of the vehicle is crushed and prohibits movement.

Fluid helps the Jaws of Life work properly. It uses high-pressure liquid that is converted into mechanical energy. Instead of oil, which is flammable and can start a fire, the Jaws of Life uses phosphate-ester fluid, which is fire-resistant. It does not conduct electricity, making a rescue operation much safer.

The Jaws of Life is a fast and effective tool. It makes rescue operations very quick, as it is able to remove a car roof in about two minutes.

Before the Jaws of Life was invented in 1961, rescue crews would use circular saws to cut apart the frames of vehicles. However, there were some drawbacks to doing so. First of all, these saws are cumbersome and can take a long time to use. Also, these saws can create sparks, which can cause a fire. Another thing to consider is that these tools are noisy, which can be stressful for the victim trapped inside the vehicle.

Crashes involving cars and motorcycles are often serious in nature, especially for the motorcycle rider. Anyone can be seriously injured.

The Florida motorcycle accident attorneys at Meldon Law can help you get the compensation you deserve for your injuries. To schedule a free consultation, fill out the online form or call (800) 373-8000. We have four offices to serve you: Gainesville, Ocala, Fort Lauderdale, and Lake City.

By Meldon Law | Posted on November 1, 2022
« 4 Types of Contract Breaches You Need To Be Aware Of
Risks of Driving in the Dark »